Spring is in the Air…or is it? 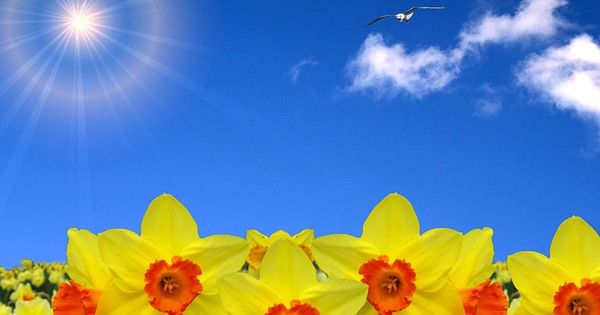 Spring is in the Air!

Well here March has finally arrived. I know from the news programmes that February past has been some of the coldest in history. Not one day made it to zero or above. I know that it was the top of consciousness and therefore the topic de jour for most of the month.

In the past you always heard of the February Blahs. It is the fact that many people get down in the dumps during the shortest month. Did you know that it is more than a wives tale or farmer’s almanac scenario? There is also a condition known as SAD or Seasonally Affected Disorder. The symptoms are typically loss of energy, depression as well as a host of other things.

The reasoning behind these Blah’s in my opinion goes to the vitamin D deficiency. Vit D is produced by the body in the presence of the sun. it is calculated that if you drew a line from Raleigh North Carolina to San Francisco you have the imaginary line. Everyone north of that line does not get enough sunshine and British Thermal Units from the sun to produce Vit D.

That is why supplementation is critical. The time frame for this required supplementation is typically from the end of October to May. The other months we can produce enough D to get us through.
Several foods have D as an additive and for some people this is enough. There is no magic formula for the amount that everyone needs.

People who are especially susceptible to SAD find that grow lights in the home are very effective as well.
I know that we are on the backside of winter now and hopefully we Spring into nicer warmer weather sooner than later. If not we should all hunt the Groundhog down and dispatch with him.

So if you have been down in the doldrums look to some Vitamin D in addition to our other supplements and get you psyche ready for Spring.